Yesterday started quite early, around 6.30am.   Very unusually we were awoken with a cuckoo calling in the oak tree outside our bedroom window.   I have neither seen or heard a cuckoo for years so it was rather special.

The weather looked promising so I took myself off to Kimmeridge, arriving way before any holiday makers had had their breakfasts!

On with the walking boots.   The sun was warm and, with no wind, my coat stayed in the  the car, which is a first for this year.


Kimmeridge can look rather forbidding on a dull day.  It's part of the Jurrasic coast, a delight for fossil hunters, though the cliffs of the crescent bay are grey with large ochre slabs of sandstone between layers of shale which is prone to crumble.  Markings from tiny ammonites can be found on small pieces of shale and larger ones on bolders. 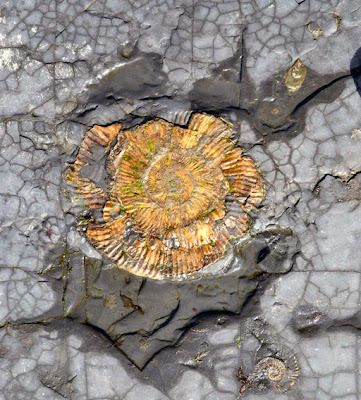 this beauty is about the size of a dinner plate


Anthony Gormley was commission to make five new pieces of work for the Landmark Trust to celebrate it's 50th birthday.    Four stand on compass points around the British coastline, and one at a central point in Warwickshire. 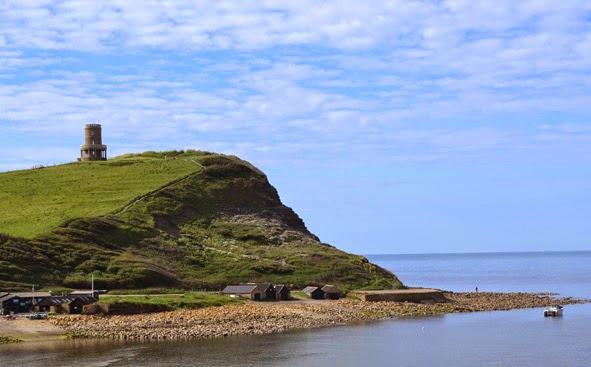 If you look between the edge of the cliff and the boat you might just see a vertical mark!

Clavell Tower is a 19th century folly, originally standing at the very top edge of the cliff. The
Landmark Trust dismantled it brick by brick rebuilding it a safer distance from the edge!   Author P.D.James loved this area and her book The Black Tower was inspired by Clavell Tower.   So you too could stay there and take in the views of the Dorset coastline  across to Portland and it's lighthouse to the west.   Might cost a penny or two! 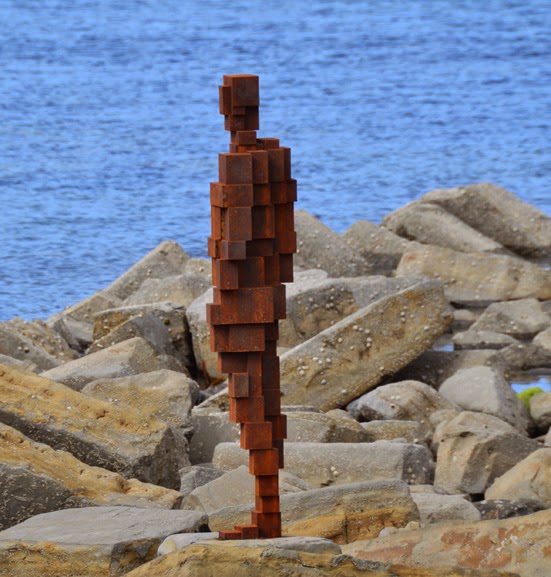 so, here he is, facing south
a bit 'blocky' close up I have to say 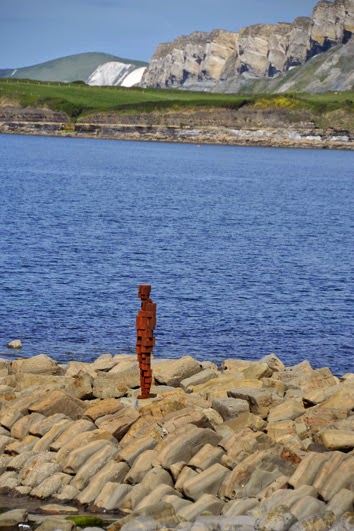 behind, Kimmeridge Bay with glimpses of the
white chalk hills of Worbarrow Bay

I walked along the bay and sat awhile watching the tide going out, soon to reveal the hundreds of rock pools - lots of little children all ready and waiting with their nets and buckets.

On top of the cliff I enjoyed laying in the grass alongside a bank of sea cabbage and cow parsley, listening to the birds and watching the clouds. 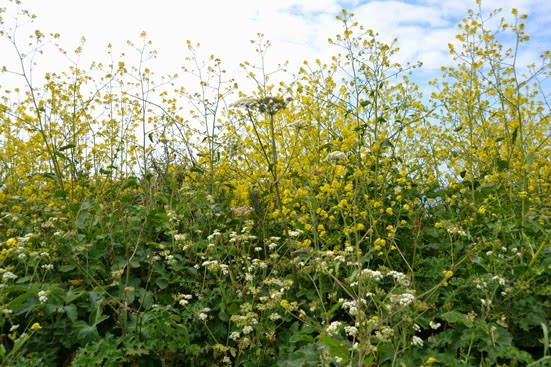 on the way back to the car park I only just noticed this fire engine
covered by a hedge on the side and top
not only stitchers have ufos' obviously! 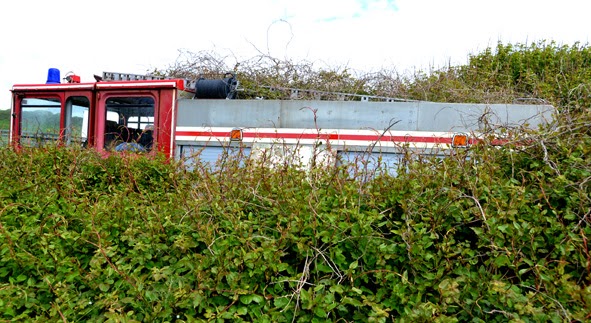 Time flies, and today I thought it was next week .  I missed the appointment with my hairdresser this afternoon.   Another one made for Friday thank goodness.   I vaguely thought it was well due for a cut!

A couple of Summer workshops taken, another one this Saturday 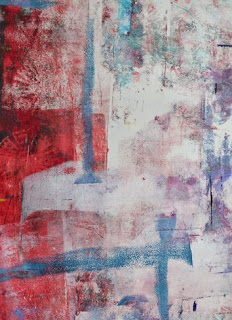 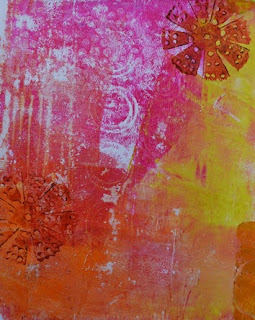 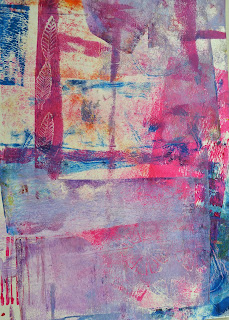 there are a few packs of Jewel, Aqua and Sorbet available on the website