Summer Workshops over for another year.   I managed, by popular
request, to squeeze in just one more indigo session.  A bright
but chilly day.  A heater keep the vat up to temperature.
On Saturday six students came along to stitch their dyed cloth.
Despite two thirds of them not being familiar with a sewing
machine, by the end of the day all had a quilt top in the
making.  How good was that?!!

It's been a funny old summer one way an another.  I've been
busy taking workshops at home, and along the south coast.
So many lovely students, and what fun we had.
In the spring my father in law became increasingly frail,
his dementia really taking it's toll.  He lived at his home
just round the corner from us, with two carers calling
in each day. Keith has been spending his days
between work and looking after his Dad.  Ted was
admitted to hospital in July.  He passed
away peacefully this afternoon.
Posted by Tiggy Rawling at 16:33 2 comments:

Sunday was such a lovely day.  Warm sun, blue skies.  Just had
to take advantage of fine weather.  Last week seemed to herald
autumn, with this week's forecast of rain. 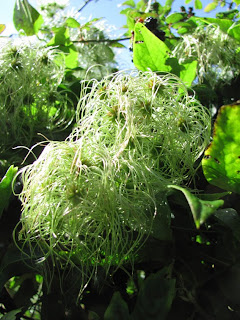 We headed out to the coast.  A twenty minute walk down to the
sea, nibbling blackberries on the way.  Damsons and sloes
in their velvety purple coats just out of reach. 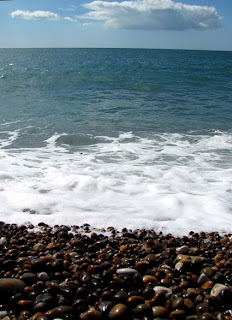 The sea singing on the pebbles 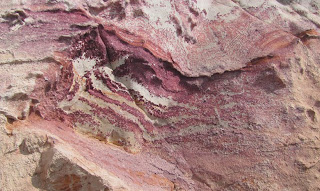 Colours in the cliff 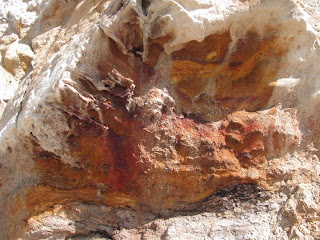 A plank with a rust face, stones with holes.
and sea glass 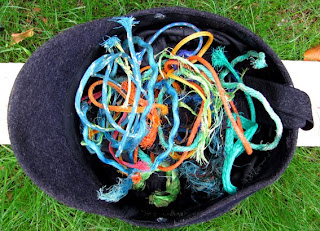